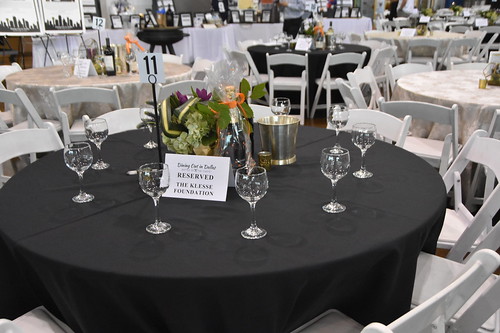 The dynamic city of Dallas is situated in the northeastern area of Texas in the USA. Founded in 1841 as a trading post, Dallas is now one of the largest cities in the United States of America. Dallas covers almost 400 square miles / 1,036 square kilometers and is home to a population of more than 1,000,000 people, while the Dallas / Fort Worth area has over 5,000,000 residents. Acclaimed as a leading corporate center, Dallas is also well known for its wealth of impressive shopping facilities, superb restaurants, animated nightlife, tourist attractions, and major American sporting outlets.

Encompassing Fort Worth and Arlington’s towns to create one large city, which is known as the Dallas-Fort Worth Metroplex, Dallas is a large cosmopolitan city. It incorporates many smaller communities and historical neighborhoods. Amongst these locations are the 17 blocks of the Arts District, Swiss Avenue Historic District – listed on the National Register of Historic Places and the West End area – an ideal region for visitors to Dallas to embark upon their sightseeing.

Corporate Dallas:
There is a wealth of corporate headquarters and substantial businesses in Dallas, including all business sectors, from Blockbuster – the home entertainment company to Wyndham International – the hotel and resort chain, with an increasing number of companies relocating to Dallas every year. The economy in Dallas is flourishing, and therefore this city continues to be a favorite for long-term growth.

Dallas Transport:
Around Dallas, public transport is well structured, and the Dallas Area Rapid Transit (DART) operates a reliable bus system, with further transport including a light rail network and popular trams, which travel between the Arts and Uptown Districts.

Dallas-Fort Worth International Airport stands around 15 miles / 24 km from the city center and is an important transport hub. With many passengers arriving each day from all over the world, Dallas-Fort Worth Airport offers a range of convenient ground transport, including shuttle buses, taxis, and car rental options.

Restaurants:
Dallas has an abundance of dining options, which are sure to suit every palate. Restaurants, cafes, and bars are mainly concentrated around Dallas’s central areas, which include Downtown Dallas, Deep Ellum, Greenville Avenue, and Uptown. A wide selection of international cuisine is offered in Dallas, including French, Greek, Spanish, Italian, Thai, Chinese, Indian, and traditional Texan and Mexican dishes.

Weather:
Dallas has a subtropical and humid climate with hot summer weather and cool winters. Temperatures during July and August are at their hottest and reach highs of around 34°C / 93°F. Spring is the wettest season of the year, and the winters in Dallas are cool. January is the coldest month of the year, with daytime temperatures only reaching 13°C / 55°F, but lows of 2°C / 36°F may be experienced.